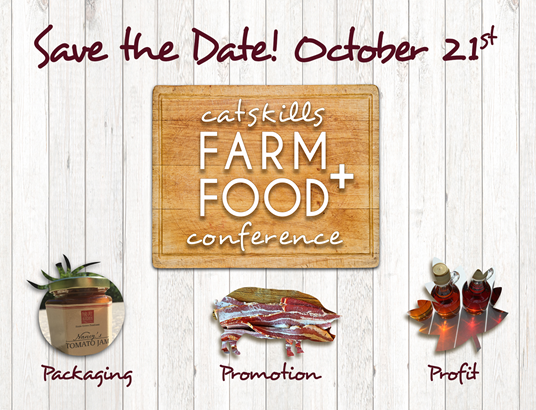 The Owner of Casa Visco, The Creator of Authentic Italian Sauces, Is Slated To Speak At the Catskills Farm + Food Conference

(Schenectady, NY) – Adine Viscusi, the owner of Casa Visco, a national manufacturer of Italian sauces, will speak at the Catskills Farm + Food Conference on October 21, 2016.  Viscusi’s presentation is coined “Processing 101”.

The conference will provide valuable resources for owners of farms as well as those in the food industry to turn products into profits. There will be a series of workshops, a lunch and learn session which involves a panel discussion as well as a tour of the Catskills Kitchen. To register online, potential attendees can visit http://www.sullivancce.org.

Viscusi is excited about participating in this event. “I absolutely love to work with local farmers whenever possible. I find more and more people like to know where their food is coming from and think about that when they are purchasing products. We’ve increased our commitment to local farms and have enjoyed the results on many levels,” said Viscusi.

The sauce company headquartered in Schenectady, NY has hit some major milestones over the last few years. They were approached by Beekman1802 to create a sauce for their line of artisanal products. It quickly gained national distribution at Target stores throughout the United States. Because of the popularity of “Mortgage Lifter Heirloom Tomato Pasta Sauce”, Target asked Beekman 1802 to produce 48 new products that use ingredients from small farms. They are looking forward to further exploring their relationship with Josh and Brent, co-founders of the Beekman 1802 company, which is comprised of Brent Ridge and Joshua Kilmer-Purcell. They were winners of the Amazing Race in 2012 and now have a TV Show on HGTV. They also currently operate a Mercantile, have a bestselling cookbook and memoir, host a popular website and provide a tourism destination. This has all been inspired by their farm, located in Sharon Springs, NY.

Also, within the last year, the company created the new line of sauces called #AwesomeSauce!. This particular line developed out of the California drought and the need to go local. Interestingly, prior to the 20th century, the majority of produce consumed in the United States came from small farms that grew a relatively diverse number of crops. Fruit and vegetable production was regional and varieties were determined by the climate of those areas.

Casa Visco has also gained significant traction with their popular selection of pizza sauces. Focusing in on the pizza sector they became the #1 DSD brand in New England, placed in almost every major grocery chain. The specialized product can now be found in 33 states.

Carmella, like most Italians, picked tomatoes from her garden and gave out her sauce as gifts to friends, neighbors and customers who always asked for more to purchase. So, the couple started bottling it in in their basement.  They proudly coined the sauce “Casa Visco”, an Americanized version of their name. It translates to “from the house of Viscusi”.

As wholesale grocers, they sold staples to restaurants, delis, pizzerias and small mom & pop stores which were prevalent during that time period. After Carmella and Joe passed away the business was taken over by sons Mickey and Joseph. After deciding to sell the wholesale grocery business to Crisafulli Brothers, they focused solely on the Casa Visco brand. They added automated packing equipment and learned how to build a production line as they went. They also tested all kinds of specialty items including: mustards, BBQ sauces, wing sauces and salsas. They serviced local Price Choppers and Grand Union grocery stores with own trucks and salesmen who were prepared with order books and handwritten invoices.

About Casa Visco:
For information about export services, contact us at 518-377-8814 or by email at info@casavisco.com.